Pune is a sprawling city in the western Indian state of Maharashtra. The city is well-connected to other cities by Indian highways and state highways. National Highway 4 (NH 4) connects it to Mumbai, Bangalore and Kolhapur. NH 9 to Hyderabad, and NH 50 to Nashik. State highways connect it to Ahmednagar, Aurangabad, and Alandi.

Pune is served by two intra-city highways: Old Pune-Mumbai Highway and Katraj-Dehu Road Bypass, a part of National Highway 4. The Nashik City-Pune Highway NH 50 will be part of the golden triangle (Nashik-Pune-Mumbai).

AUTO CLUSTER EXHIBITION CENTER, Pimpri-Pune, is situated opposite to Science Park and behind D-Mart. 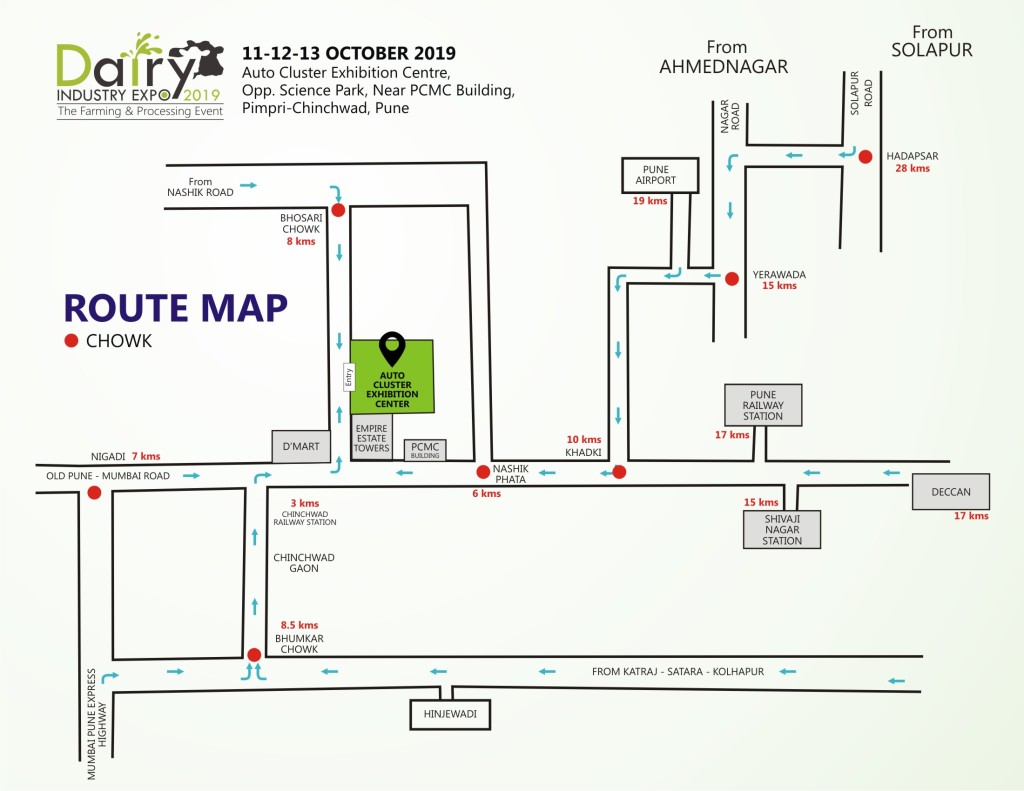